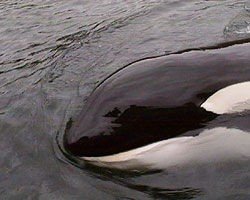 Scientist Olga Fernandez-Flygare at UCLA criticizes the Free Willy-Keiko Foundation because of its treatment of the Killer whale and for using him as a way to collect money.

The scientist from UCLA has allegedly followed Keikos battle for freedom since he left the amusement park in Mexico in 1994. She has never seen Keiko in real life, but she is now traveling to Taknesbukta in Hasle township, Norway, to participate in a Keiko memorial ceremony Thursday.

Fernandez-Flygare said she has always claimed that there was no hope that the whale would survive in the free because he lived his entire life in captivity and had humans as his closest friends.

She claims that the Humane Society and the Free Willy-Keiko Foundation have been very arrogant as they always tried to keep Keiko safe from people.

They refused to realize that Keiko could never live as a Killer whale born in the free, Fernandez-Flygare said to the paper Addresseavisen. For them, it was an impossible idea that the project might fail.

She claims Keiko was used to collect money, and that the project of taking him back to nature could not be stopped because the money would dry out with it, and this is the reason why he died alone and lonely without contact with people.

Its apparent that he was seeking contact with people, Fernandez-Flygare stated.

The scientist stated that she asked the Human Society several times if it would not be better for the Killer whale to have contact with people than to force it to be free. When she got no answers, she quit her membership in the organization in protest.

However, Fernandez-Flygare still believes that Keiko died much happier than he was when he was in captivity.

There will be a ceremony for Keiko at noon Thursday in Taknesbukta where he was buried.